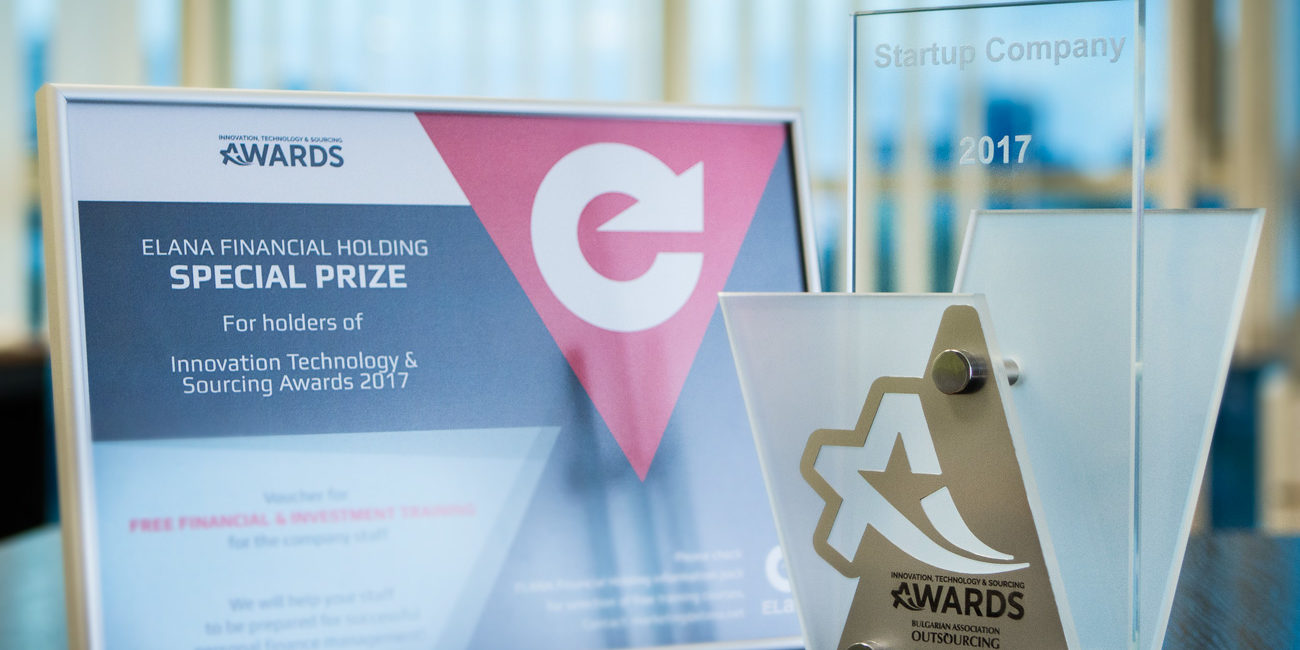 JUNE 2017 – Sirma Medical Systems, developer of the Diabetes:M logbook app, received the “Startup of the Year” prize at the second annual Innovation, Technology & Sourcing Awards 2017. The event was initiated by the Bulgaria Outsourcing Association (BOА) and Bulgarian association of software companies (BASSCOM).

An international jury, comprised of more than ten high-ranking European software executives and investors, selected Sirma Medical Systems as the clear winner in the race.

“We are extremely grateful to receive the ‘Startup of the Year’ award at this particular moment in our development as a company. It is a definitive sign, that our mission to help people in managing their health has been noticed and appreciated by some of the best minds in the industry.” – said Rossen Varbanov, CEO of Sirma Medical Sytems.

Organized by The Bulgarian Outsourcing Association (BOA) and the Bulgarian Association of Software Companies (BASSCOM), the awards honored the efforts of Bulgarian sector companies, investors and local governments for leading best practice and business excellence and for creating a favorable business environment for the growth of the sourcing and technology industry in Bulgaria. The 2017 Innovation Technology & Sourcing Awards are aimed at recognizing the success, business growth and leadership of the businesses in the sourcing and technology sector.

Sirma Medical Systems, founded in 2016 as a part of Sirma Group Holding, develops modern software applications and integrated platforms for tracking and control of chronic diseases. With its creation, the company acquired one of the most popular apps for diabetes monitoring and control – Diabetes:M, which automatically made the company one of the leaders in this segment of the mHealth market. Applications, such as Diabetes: M are incorporated into Sirma’s single, integrated platform to track vital parameters needed by patients and doctors as well as provide clear data visualizations and dashboards for easy use.